DWT founder, David Wilson, has spent a lifetime in the motor industry. As children, David Wilson and brother Tony loved the excitement of the brand new cars in their grandfather’s South London showroom. Both followed their father into the family firm on leaving school. David started work on the shop floor, selling the day’s leading brands, Austin, Morris, MG, Lotus and Triumph, to name but a few.

Their father, Leslie, had already invested in the leisure boom of the late 1950s. Over the next few years the family firm – Wilson’s became one of the top UK suppliers of motor caravans, with branches in Castle Donington, Bradford, Epsom and Brixton. Wilson’s hosted the caravan exhibition at Woburn Abbey in 1969.

Armed with this broad experience David set out on his own, establishing his own business – David Wilson’s Trailers.

By 1984, David recognised a new strand developing in the trailer market – the use of units to take information out to the people.

DWT was tasked with helping to spread the word on the proposed Channel Tunnel, using an exhibition trailer to show train routes and development schedules throughout the Kent villages.

A similar exercise followed a few months later, when BP took over the operation of oilfields in Dorset. A year-long roadshow was operated by DWT on the international company’s behalf, taking information to local people. 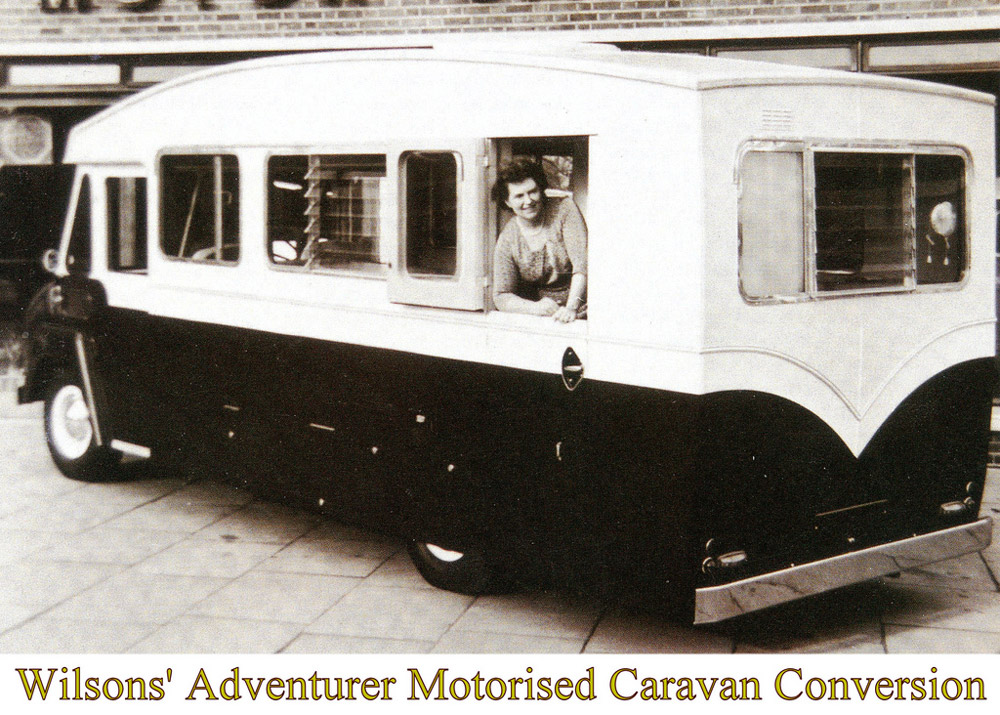 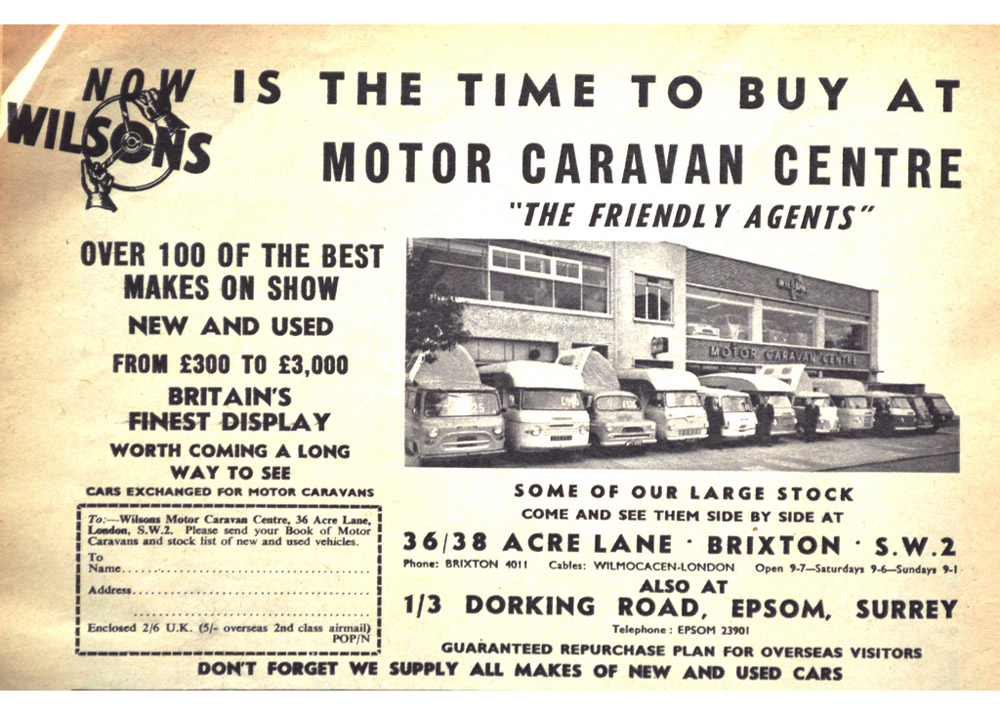 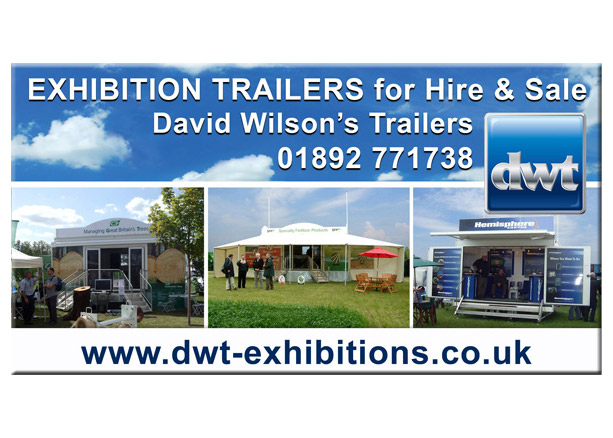 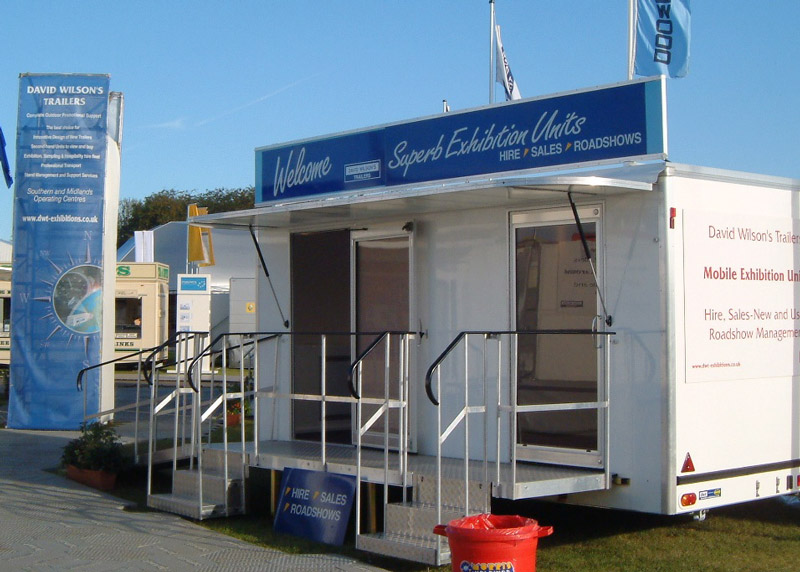 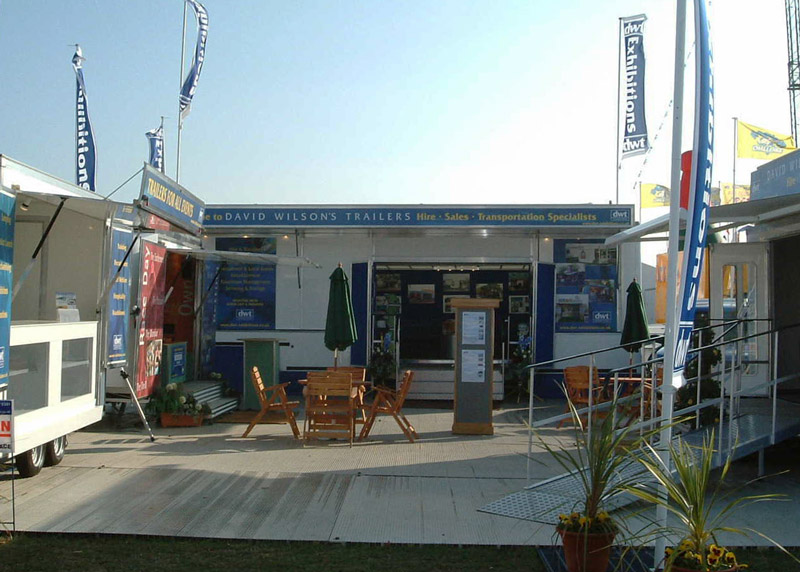 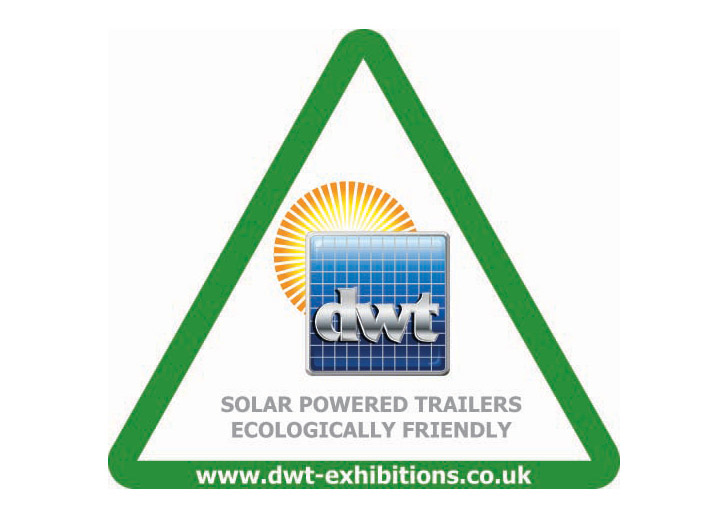 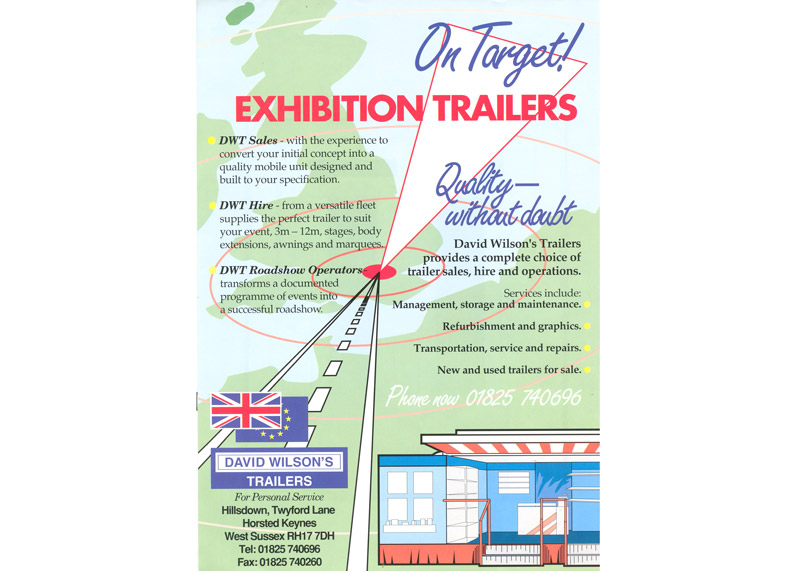 Pip Wilson joined her father in the late 80’s and together they are proud of the reputation so hard won for providing Personal Service to each and every one clients.

As the exhibition business developed, DWT, which had grown up in East Sussex, needed a location which was more cost-effective for clients. This would allow its specialised crews to deliver and set up exhibition trailers for clients in a single day.

In 2005 a new operating centre was launched just off the A1 near Grantham. The 125-mile driving radius – which allows the DWT crew time to set up on arrival – now covers the entire East of England, extends south to Essex and encompassing Greater London, to Bristol, Bath and the Welsh borders in the west, and to Manchester and Yorkshire in the north.

Now in their fourth decade or ‘the Prime of Life’ DWT Exhibitions are pleased to be able to offer clients an increased range of products and services including outdoor event structures for hire and indoor exhibition stands designed and deployed with the professional attention to detail and timing their clients have learnt to expect.

The driver was absolutely outstanding